“Jagan was sent back from Vizag in 2018 by police, not by TDP workers” 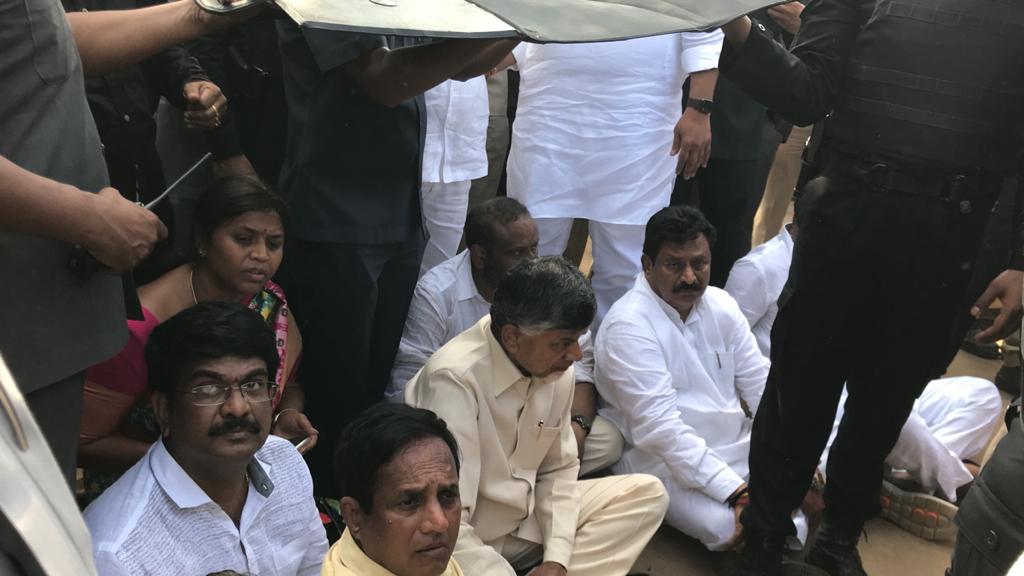 Telugu Desam leaders lambasted the ruling YSR Congress Party for preventing Chandrababu Naidu from going ahead with his north Andhra tour. Party leader Varla Ramaiah questioned how the Jagan government can stop Naidu from his visit after giving permission for the TDP leader’s programme. Varla Ramaiah said that the police failed in their duty from protecting the rights of Chandrababu Naidu. The police did not even try to stop the YSRC Party workers from obstructing Chandrababu Naidu, he alleged. DGP Gowtham Sawang’s name will be soiled for all times to come, because of his attitude towards the issue, he alleged.

Ramaiah charged YSR Congress Party with bringing some miscreants to the airport, paying them Rs 500  to each.

The TDP leader explained that when Jagan Mohan Reddy was sent back from Vizag Airport in 2018, the decision was taken by the police in view of the Investment Summit happening at the time in the city. “No TDP leader or worker was present at the Airport to obstruct then Opposition leader Jagan Mohan Reddy. That was purely a law & order decision by the police. This time, the action of the police is purely dictated by political considerations,” he alleged.

Ramaiah said that Jagan Mohan Reddy asked the police to somehow stall Chandrababu from getting out of Vizag Airport because he was not allowed to go to candlelight march in 2018.

TDP leader P Ashok Babu asked what was the law & problem that the state government was expecting from Chandrababu Naidu’s visit.