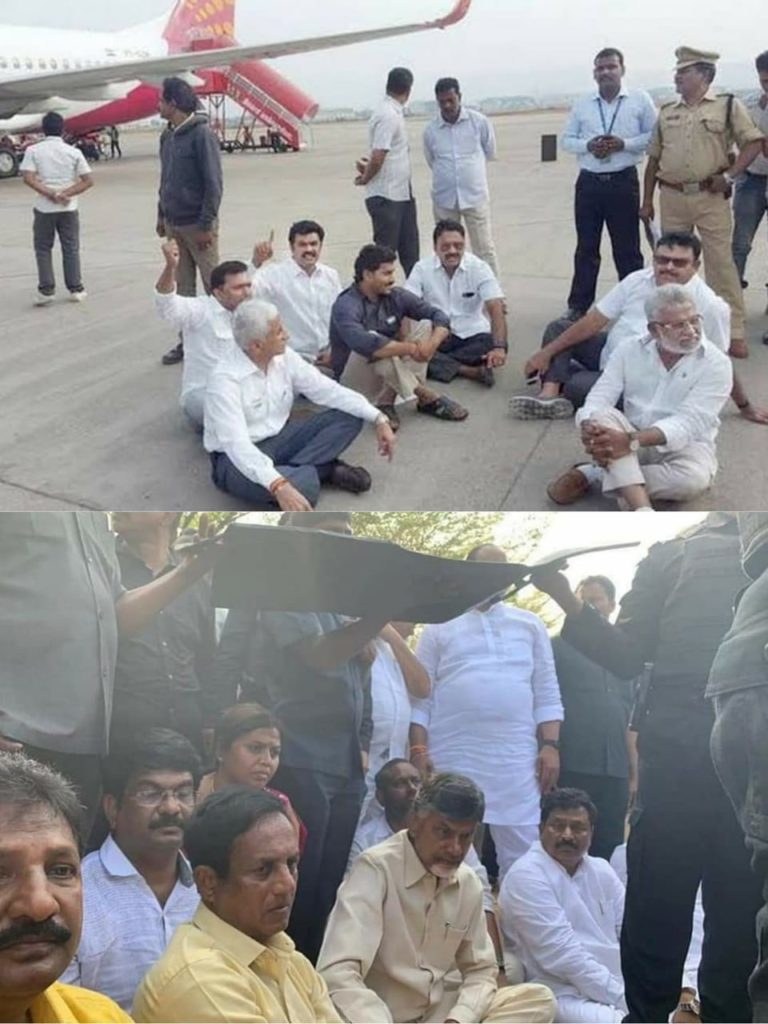 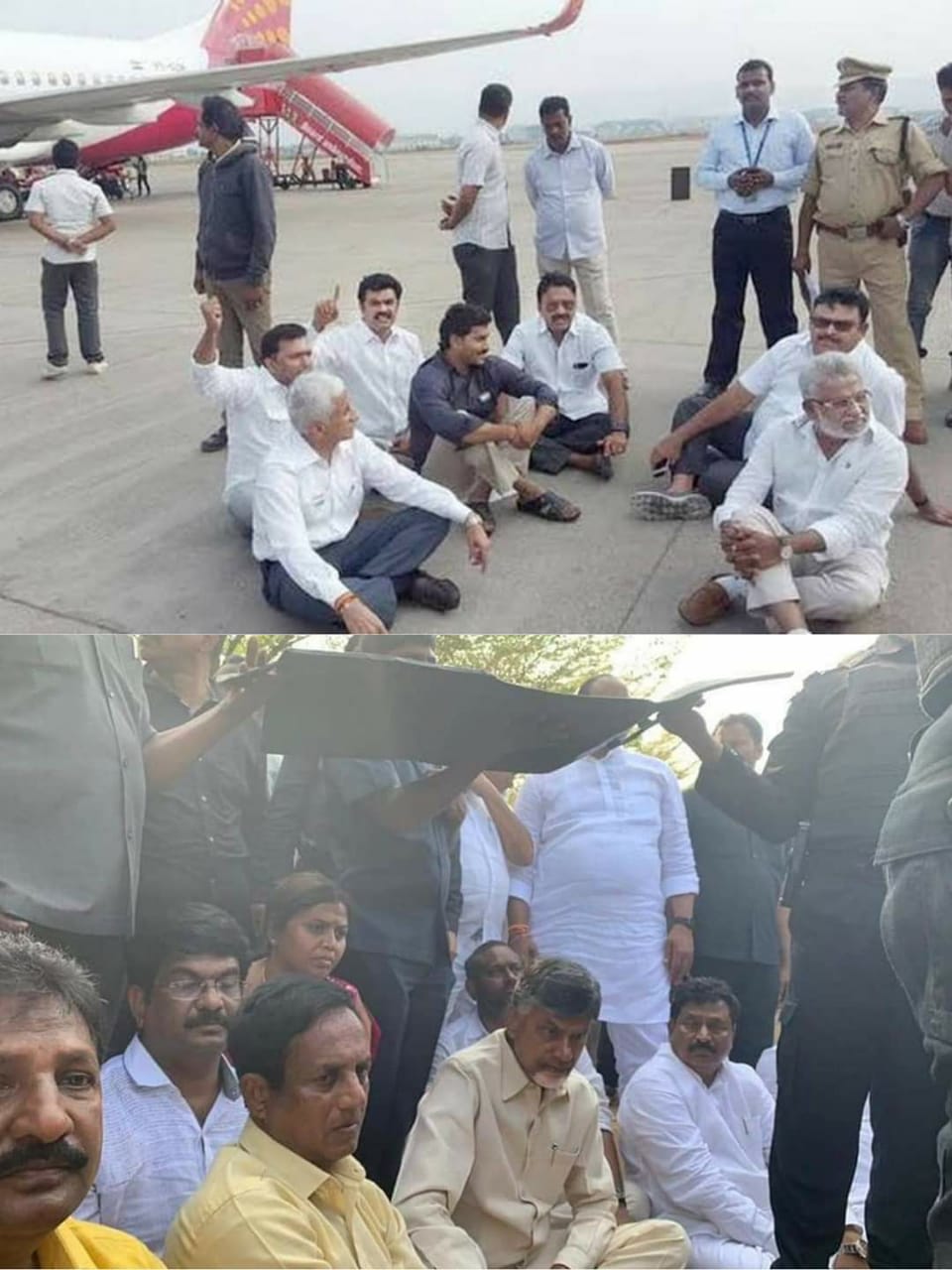 No outsiders allowed near Vizag Airport in 2018, unlike now during Chandrababu visit.

The police under the Jagan Mohan Reddy government in Andhra Pradesh seem to be going overboard with their excess behaviour towards any dissent or opposition to the ruling party. The manner in which former chief minister N Chandrababu Naidu was crudely dealt with at Vizag Airport by cops is unprecedented.

Even during Chandrababu Naidu regime, the police were partial towards the ruling party. Jagan, as Opposition leader, was stopped at the same Vizag Airport from participating in a rally over Special Category Status in 2018. But the difference is that at the time, Vizag was hosting Investment Summit and a rally in the city during the event would have sent wrong signals to the investors. Besides, CM Chandrababu and a host of other dignitaries were present in the city at the time.

This time, however, the scene is different. CM Jagan himself was far away from Vizag. There was nothing to fear from Chandrababu Naidu’s visit because Vizag police gave permission after imposing certain restrictions. The police have not been able to explain why they chose to change tacks at the last moment and bar the ex-CM from his visit.

The video clip of Chandrababu demanding the police officers to get a written order before taking him into custody shows that the cops are clearly acting at the behest of the higher-ups without any valid reason. “Give me a written order, or you can drag me to wherever you want. I will not move without you giving me an order,” he was seen shouting in the clip.

The ruling YSRC Party has used both its cadre and the police to foil Chandrababu Naidu’s trip. But whether the propaganda it is carrying on that the citizens of Vizag did not want the TDP chief enter into the city will wash with the general public is doubtful.