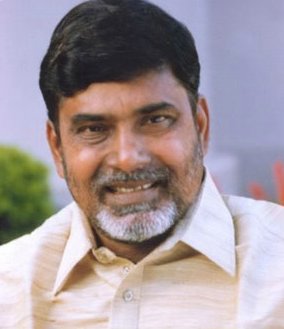 TDP chief Chandrababu Naidu doesn’t think that Akhilesh Yadav had any major role in bringing Samajwadi Party into power in Uttar Pradesh. Naidu was reacting to a question in Mahaa TV interview on whether there was a need to bring in fresh faces into the party. Would he like to give a prominent role to Balakrishna, Lokesh or anybody else?

Naidu said that it was not correct to assume that SP captured power in UP because Akhilesh was a fresh face. “Akhilesh has been in politics for quite a long time. He has been an MP twice. We must also remember that his wife lost in his own home constituency recently. So, the analyses in the media on Akhilesh is not entirely correct,” Naidu said.

The TDP chief in effect conveyed that the talk of infusing new blood in the party is not such a great idea. He also avoided directly answering questions on political inheritance in the party. “Balakrishna had said he would like to take more active role by contesting in polls. We will take all these into account and utilize the services of leaders appropriately,” he clarified.

Naidu also admitted that it was because of the alliance with TRS in 2009 elections that the party failed to capture power.