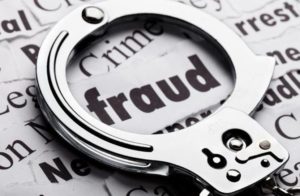 YSR Congress Party chief Jagan Mohan Reddy’s legal notice to three Telugu TV Channels may not really cut the ice, as they are based on Enforcement Directorate’s tweets and press release.

Legal notices were issued on behalf of Jagan Mohan Reddy to ETV2, TV9 and ABN for carrying the news based on ED’s tweet on the raids on Saturday afternoon.

Details of Jagan’s legal notice to ETV2, TV9 and ABN

Jagan’s name figured in the raids conducted on Saturday across the country by the country’s financial crime investigation agency on more than 100 locations across 16 states. The sweeping crackdown was targeted at dubious companies suspected of money laundering on behalf of businesses and individuals including two top politicians.

Carried out under the tagline ‘Operation Shell Companies’, the ED conducted raids on 300-odd shell companies, many of which are fronts for a slew of illegal transactions .

“Some of the companies were involved in major money laundering cases related to Chaggan Bhujbal, YS Jagan Mohan Reddy, Yadav Singh, NHRM, AGS Infotech, Rajeshwar Exports etc while some other entities were found to have been used for laundering demonetised currency during post demonetization period,” the ED said in a statement.

The news about Jagan’s involvement, along with others, was carried across the country by all major publications and media outlets based on ED raids.

“My client’s supporters and party cadre have expressed concern at such telecast and as to how such telecast is aimed at lowering the reputation of my client in the eyes of public”, the legal notice served by Jagan Mohan Reddy said.

It is ironical that Jagan should take exception to ‘dissemination of news, which is not even verified or confirmed’, even while his own Sakshi media outlets indulge in the same day in and day out.  Jagan’s also claimed that it was his ‘fundamental right to safeguard his reputation against any unwarranted and illegal disclosures associating his name to any illegality’ even without recognising that right for anybody else in his media blitzkrieg against his political opponents.

The DNA said, “The raids covered shell companies associated with a diverse cast of characters: from a former chief engineer of Noida Authority Yadav Singh, to companies such as AGS Infotech, and Rajeshwar Exports, Andhra Pradesh politician YS Jagan Mohan Reddy, and politically-connected individuals such as Mayawati’s brother Anand, and a Mumbai-based associate of Maharashtra strongman Chhagan Bhujbal”.

Interestingly, there were news reports about Rajeshwar Exports during last December, alleging the company was found to have acted as a conduit to launder black money. According to an India Today report,in December 2016, the ED had seized diamonds worth above Rs 34 crore from Rajeshwar Exports, but after “valuation audit” of these diamonds, it was revealed that the real prices of these diamonds were not more than Rs 2.5 crore.

The report also said that ‘in the last one year, Rajeshwar Exports had made an outward remittance of approximately Rs 1421 crore’, the amount allegedly being tainted as it was money laundering. The company is said to be run by  Ritesh Jain.

However, there is no clarity on the connection between Rajeshwari Exports and Jagan Mohan Reddy as of now.

The latest raids are part of the mandate given to the ED under a Special Task Force (STF) that was recently created on the directions of the Prime Minister’s Office (PMO).