Sadineni Yamini may or may not leave TDP, problem is with party’s ideology 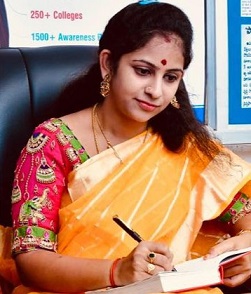 It is not known whether this is a recent picture or an old one. The unconfirmed news comes at a time when she is mourning the death of her father.

Some TDP activists and followers, reacting to the rumour, called it on social media as good riddance. If leaders can’t stand by the party in times of adversity, it is better such people leave the party at the earliest, is the argument.

While that is certainly true for any party, what is important to note here is the fact that TDP never bothered to properly check the credentials of the want-to-be politicians before admitting them into the party and then elevating them to positions that many of them did not deserve.

Take the example of Sadineni. She calls herself as TDP Official Spokesperson, Limca Record Holder, Gold Medalist, UN Peace Connect Awardee. Few have any idea what the last three stand for.

She was obviously a young political enthusiast who wanted to support Chandrababu Naidu and TDP. She did defend the party on social media, attracting the attention of the party followers. However, soon after giving her admission, TDP leadership thought it fit to make her the party’s official spokesperson, which is a rather heavy responsibility.

As can be expected, she could not rise up to the occasion because of lack of experience and knowledge. It is doubtful whether she has any ideological alignment with the party that she was defending. Nor did TDP leadership think it necessary that anybody should have a fuller understanding of the party philosophy.

It was also only recently that another ‘national spokesperson’ of the party Lanka Dinakar quickly changed sides and joined BJP. He was also admitted into TDP just before the 2019 elections and rose in the ranks quite fast. 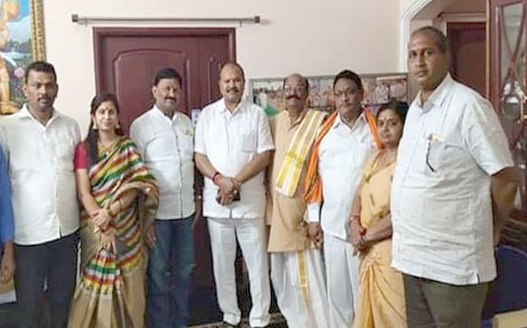 Such desertions became quite common in TDP because the party increasingly became dependent on people who are flickering stars attracting eyeballs for the moment. The party lost touch with its roots and was more interested in instant stars with little grey matter and no political convictions. Most of the people who were rewarded in TDP mostly joined the party during its heydays and dropped it like a hot potato when out of power.

But neither TDP nor Chandrababu Naidu seems to have learnt the lesson, despite such desertions becoming a regular feature in the party.

Sadineni Yamini may or may not be planning to leave TDP, but there will be few people who will be surprised if it were to happen. That is how much faith people have in the commitment of TDP leaders to the party’s core principles.