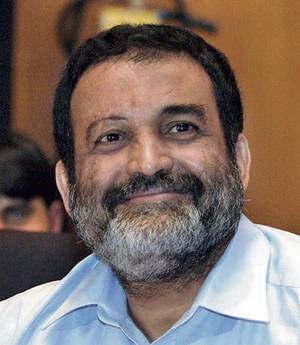 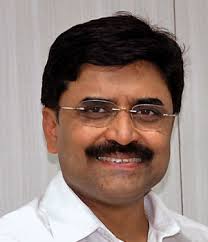 It is rare that a senior official in the government chooses to respond to any adverse news item published anywhere, especially on social media against the Chief Minister. This is what happened in the case of Andhra Pradesh.

PV Ramesh, the 1985 batch Andhra Pradesh cadre IAS, was appointed as Special Chief Secretary to the Chief Minister as soon as YS Jagan Mohan Reddy came into power. With the Centre not responding to the request by the State government for three months extension to him, Ramesh had retired on 31 July.

Ramesh had already moved the Central Administrative Tribunal (CAT) over correcting his age in the service records, according to some reports.

But Jagan government later managed to get the extension, and PV Ramesh was re-appointed on tenure basis as Additional Chief Secretary to CM for a period of three years. The orders came only three days back, on August 15.

Ramesh, who is clearly in the good books of the YSR Congress government, accompanied Jagan in his ongoing USA tour, even though the visit was said to be the CM’s private visit.

Ramesh on Sunday chose to respond to a tweet by well-known businessman and BJP sympathiser TV Mohandas Pai, who on Saturday tweeted a story in PGurus website accusing Jagan government of enabling temple land grab in Andhra Pradesh.

“Andhra – Another Temple Land Grab in the making? – PGurus – Temple lands in Andhra being attacked by ⁦@ysjagan ⁩ under influence of evangelists. Will GOI pl step in to protect devotees lands?”, Pai tweeted. He also tagged his tweet to the PMO, Narendra Modi and Amit Shah.

The PGurus story claims that the state administration is using endowment money to abuse endowment wealth. Politicians and Govt Officials are repeatedly breaching the law

An apparently infuriated PV Ramesh responded to him today on Twitter. “For God’s sake, please stop propagating false information without any basis whatsoever. There is a limit even to toxic imagination,” he said. More seriously, the bureaucrat also demanded an apology from Pai. “You owe an apology to @AndhraPradeshCM @ysjagan and people of Andhra Pradesh.”

For God’s sake, please stop propagating false information without any basis whatsoever. There is a limit even to toxic imagination. You owe an apology to @AndhraPradeshCM @ysjagan and people of Andhra Pradesh. https://t.co/toORD4cRxg

It is rare for a senior IAS officer to respond the way PV Ramesh did. Besides, he never expressed his opinion on such comments during the Chandrababu Naidu stint, when he headed the finance department in the government.