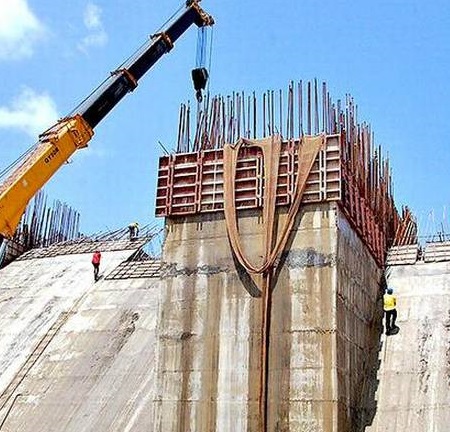 Jagan Mohan Reddy government seems to have found itself in hot waters once again over the Polavaram Irrigation Project. The Centre does not appear to be in a mood to let the YSR Congress government play around with the prestigious project, for which funds flow from the coffers of the union government.

The Andhra Pradesh government on Saturday issued fresh tender notification for the mega project works on the Godavari, despite repeated warnings against such a move by the Project Authority. The tender was issued for an amount of Rs 4,987.55 crore, including the component of 960 MW hydel power project worth Rs 3,216.11 crore.

The Polavaram Project Authority, which is monitoring the progress of the national irrigation project, disagreed with the view of the Jagan government over cancelling the contract for Navayuga Engineering Company. The state government claimed TDP government had resorted to irregularities in the execution of the project, causing loss to the exchequer.

Even a day earlier, the Polavaram Authority cautioned Andhra against retendering. In a letter, the PPA chief R K Jain said, “The project is not only likely to get delayed, it will have adverse socio-economic impact as well due to delay in realisation of benefits from the project, apart from likely increase in the cost of the project.”

The Jagan government went ahead anyway and floated fresh tenders, claiming that the bids will be finalised on September 27. But the Centre did not take kindly to the defiant attitude of the state government. In this backdrop, the union water resources ministry asked the PPP to submit the detailed report on the project.

It is likely that the PPP would reiterate its contention that retendering would not only escalate costs but also delay the project. It is to be seen how the Centre would respond in this situation when the state government is going ahead with its decision for re-tendering despite the objections from the Project Authority.

AP govt claims Rs 22,000 Cr investment made in state, but no details provided